Founded in the 16th century by Pope Julius II, after the acquisition of the statue of the Laocoon and enriched during the centuries by more acquisitions and structural enlargements, the Vatican Museums with over four million of visitors a year are, in fact, among the greatest museums in the world since they display artworks from the grandiose collection built up by the Catholic Church during the centuries. The Museums owns various collections organized by the Popes along is history: the Pinacoteca Art Gallery with masterworks of Raphael, Caravaggio and Leonardo da Vinci among others, the Museo Pio-Clementino with artworks and masterworks from the Roman time among which the Laocoon, the Apollo Belvedere and the sarcophagus of Saint Helen and Saint Costanza and more the Etruscan and the Egyptian collection. The Gallery of the Tapestries and the Gallery of the Maps are leading the visitors to the Rooms of Raphael, the private apartments of Pope Julius II were the Artist left few masterworks among which the famous ” School of Athens ” and finally the immense masterwork left by Michelangelo in the Sistine Chapel a milestone in the western art history.

Free last Sunday of the Month 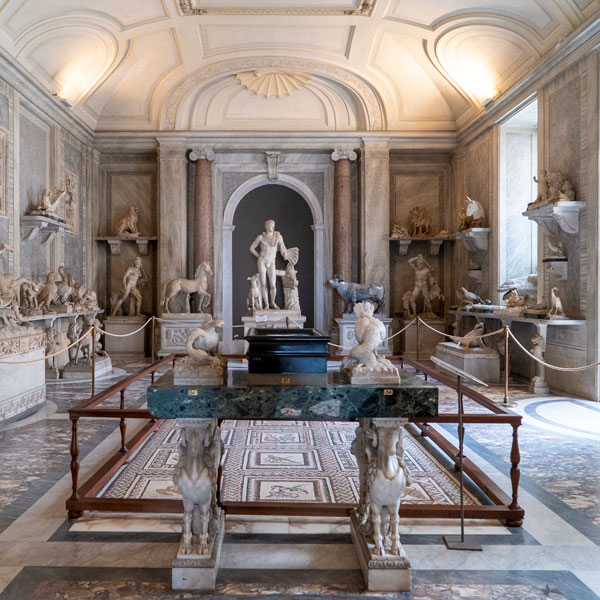 YES with this tour you will visit a church and a chapel where a dress code is requested: shoulders and legs must to be covered, for the legs down to the knees is fine.