On this tour we take a leisurely walk through the historic center of Rome following in the footsteps of the great urban planners, patrons of the arts, social climbers, politicians who left their mark in the form of majestic squares, glorious fountains, stately palaces and inviting promenades.
The Popes and Roman nobility needed a way to express their power and influence to all who lived in and visited Rome. The tour takes us along winding roads from the top of the Quirinal hill, the seat of modern Italian democracy, down to the Trevi Fountain. This fountain, designed by Salvi in 1735 is fed by one of the ancient aqueducts which has been supplying water to the city for over 2000 years. You can join the other travelers hoping to ensure their return to Rome by throwing a coin into the fountain. We’ll also visit elegant Piazza di Spagna and the famous Spanish Steps, a masterpiece of urban design, and still a meeting point for people from around the world. Then we’ll cross the Fields of Mars where ancient Roman troops used to await their marching orders. This once open land became the landscape for the urban center of the city. Emperors and Popes built in this area including Hadrian who dedicated one of the world’s most spectacular buildings, the Pantheon, to all the gods. This masterpiece of ancient engineering started as a temple, survived as a Christian church, and remains a fascinating testament to the talents and vision of the ancients. Finally we’ll make our way to Piazza Navona, a grand public square built atop the ruins of a athlets tracks built by the emperor Domitian in the first century AD. The modern space keeps the exact footprint of the ancient stadium. The original Roman obelisk, a war trophy, that stood at its center still graces the Fountain of the Four Rivers, one of Bernini’s masterpieces.
Along the way you’ll hear the fascinating stories of the dramas and geniuses that created this glorious urban landscape.

AM Tue Thu Sat only 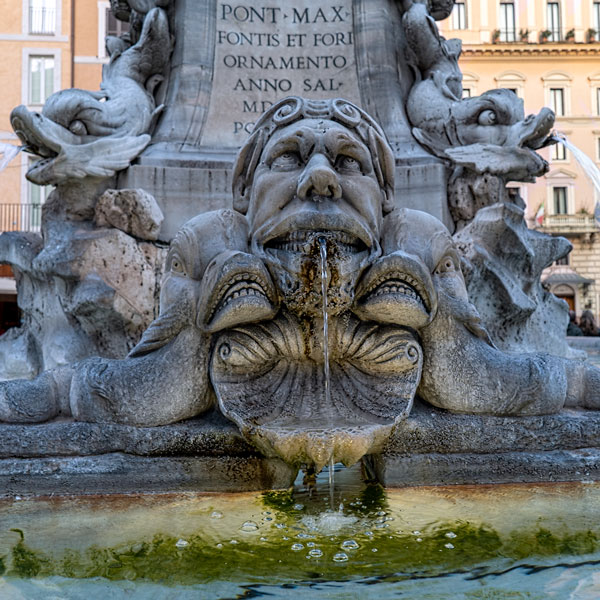 YES with this tour you will visit a church where a dress code is requested: shoulders and legs must to be covered; for the legs down to the knees is fine.