Built over an Augustan Ara primogeniti Dei, in the place where the Tiburtine Sibyl prophesied to Augustus the coming of the Christ, offers among its numerous treasures the Pinturicchio’s 15th-century frescoes depicting the life of Saint Bernardino of Siena in the Cappella Bufalini, the wooden ceiling, the inlaid cosmatesque floor, a Transfiguration painted on wood by Sermoneta, the tombstone of Giovanni Crivelli by Donatello, the tomb of Cecchino Bracci, designed by his friend Michelangelo, and works by other notable artists like Pietro Cavallini , Benozzo Gozzoli and Giulio Romano. It houses also a Madonna and a sepulchral monument by Arnolfo di Cambio in the transept. 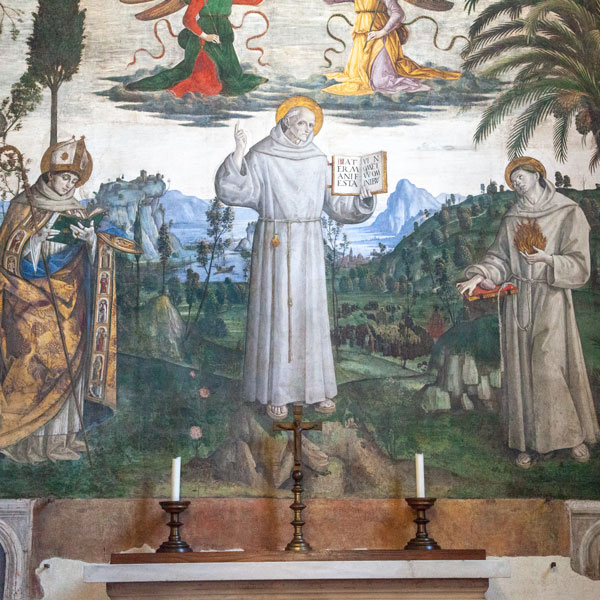