Erected in the 12C by pope Pasquale II on the sepulcre of the Domities were Nero was buried, has been enriched of masterworks like Fontana’s Cybo chapel, Sansovino’s funerary altars, Caravaggio’s canvases, Pinturicchio’s paintings, Maratta and Dal Piombo frescoes. In an episode of Dan Brown’s Angels and Demons (2000) that was sited in the Chigi Chapel, the sculpture of Habakkuk and the Angel was one of the four “markers” leading to an ancient lair in the Castel Sant’Angelo. 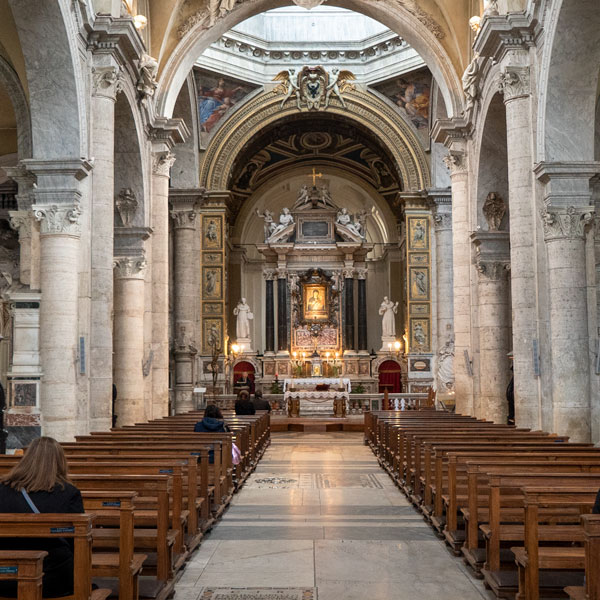