This basilica offers a unic exemple of historical continuity through its four different levels, from the mint of Nero’s time through the sanctuary of god Mitra untill the church of the 12C featuring Masaccio’s frescoes, the 12C stories of Sisinnio and the splendid mosaic of the aps. Archaeologically speaking it is a three-tiered complex of buildings on the site, the lowermost notable as being an archaeological record of a first century insula belonging to T. Flavius Clemens, with remains under it of foundations from the republican era; superposed on it is a second century Roman pagan temple dedicated to Mithras. On the foundations of the 4th century Christian church is the current one built just before the year 1100 during the height of the Middle Ages. 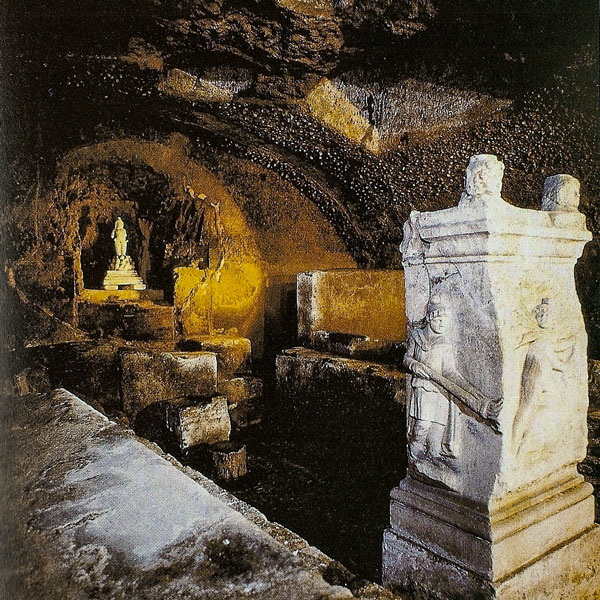