One of the smallest Christian cemeteries, this has always been one of the most accessible catacombs located near a platform, under which is a sandstone cavity which once may have been named “ad catacumbas“, thus giving this and all other tombs of this type their name. Inside are 3 mausoleums of the second half of the 2nd century with frescoes, a room called the Triclia used for funereal banquets which walls have hundreds of graffiti by the devotees with appeals to the apostles Peter and Paul and the chapel of Honorius III, adapted as the vestibule of the mausoleum, with interesting 13th century paintings of Peter and Paul, the Crucifixion, saints, the Massacre of the Innocents, Madonna and Child, and other subjects. 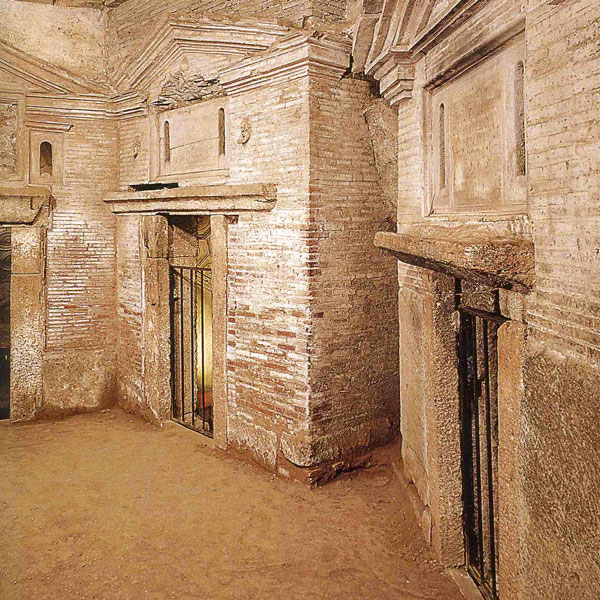