The development of the catacomb dates from the second through the fifth centuries A.D. with three principal areas: an arenarium, a cryptoportico from a large Roman villa, and an underground burial area of the noble Roman family Acilius Glabrio. On account of the fact that seven early popes and many martyrs were buried in the cemetery, it was known as the “Queen of the Catacombs” in antiquity. Excavated out of the soft volcanic terrain the galleries stretch out for approximately 13 kilometers in an irregular pattern. At times the one comes upon a cubicle which was used as a family or group tomb or for the burial of a martyr. 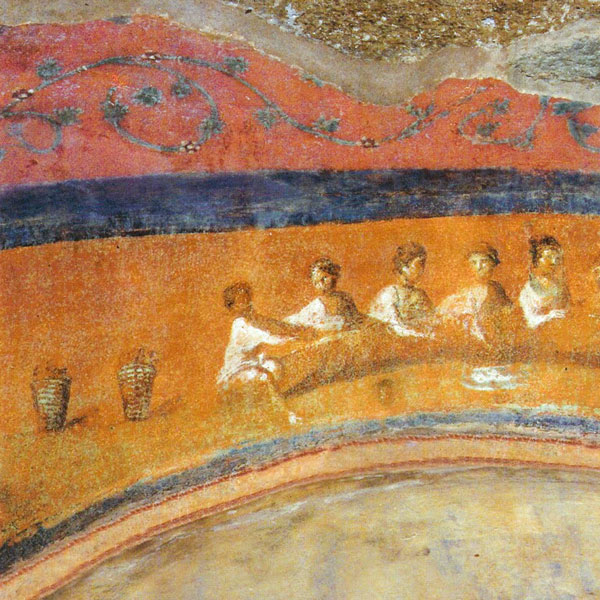