Also known as the Basilica Eudoxiana, it was first built in 432-440 to house the relics of the chains that bound Saint Peter when he was imprisoned in Jerusalem. Michelangelo’s Moses (completed 1515), while originally intended as part of a massive 47-statue, free-standing funeral monument for Pope Julius II, became the centerpiece of the Pope’s funeral monument and tomb in this, his family’s church (della Rovere family). Other art works include two canvases of Saint Augustine and St. Margret by Guercino, the monument of Cardinal Girolamo Agucchi designed by Domenichino (also the painter of a sacristy fresco depicting the Liberation of St. Peter (1604). The altarpiece on the first chapel to the left is a Deposition by Pomarancio.The tomb of Nicolò Cardinal da Cusa (d 1464), with its relief, Cardinal Nicholas before St Peter, is by Andrea Bregno. Painter and sculptor Antonio Pollaiuolo is buried here. Hugh O’Neill, Earl of Tyrone, is also buried in the Church. 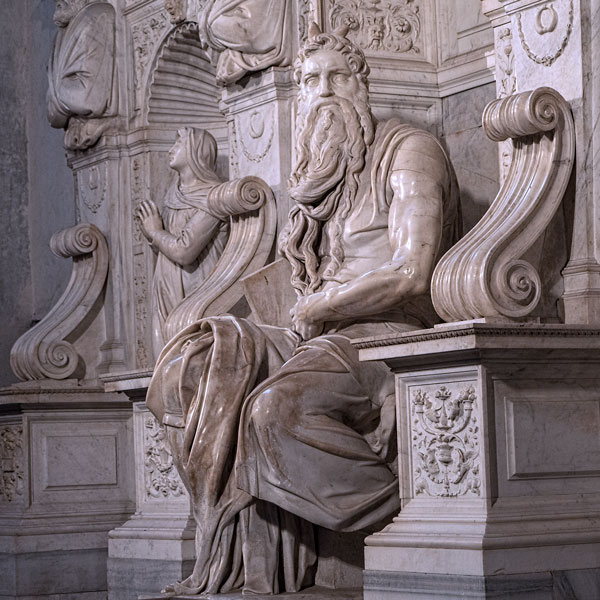