Saint Paul is one of the four main Churches of Rome and Vatican territory. Built by Constantine in the fourth century along the Portuense way and destroyed by a devastating fire in the eighteenth century was completely rebuilt with donations from allover the world. The inside is decorated by the portrait in mosaic of all the pontiffs, windows of alabaster and solid columns. The papal altar on top of the tomb of the Saint, is surmounted by an elegant marble canopy and flanked by a splendid paschal candelabra. In the apse there are mosaics of the thirteenth century. The attached Cloister is the best example of Cosmatesque art in Rome. 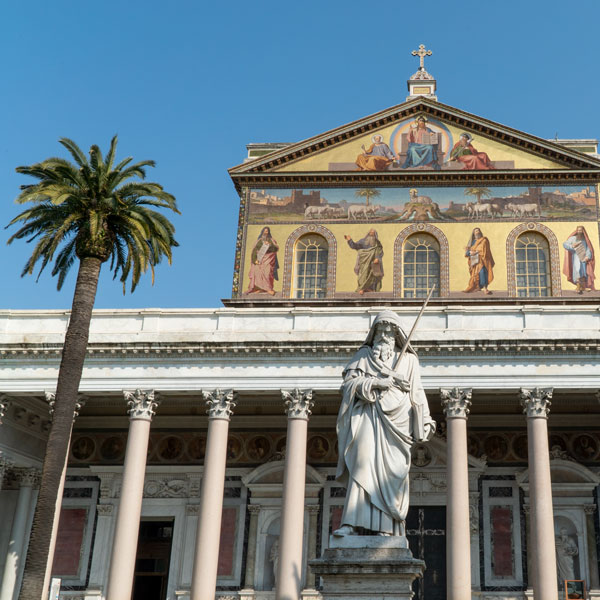