Founded probably in the 3rd century, by Pope Urban I, and devoted to the Roman martyr Cecilia. Tradition holds that the church was built over the house of the saint. The baptistery of this church, together with the remains of a Roman Imperial house, was found during some excavations under the Chapel of the Relics. Pope Paschal I rebuilt the church in 822, and moved here the relics of St. Cecilia from the catacombs of St Calixtus. More restorations followed in the 18th century. Among the artifacts remaining from the 13th century edifice are a mosaic depicting the Final judgment (1289-93) based on designs by Pietro Cavallini in the chorus of the monks, and the ciborium (1293) in the presbitery by Arnolfo di Cambio remain. Among the most remarkable works is the graphic altar sculpture of St. Cecilia (1600) by the late-Renaissance sculptor Stefano Maderno. This sculpture reportedly is modelled on the saint’s body as seen in 1595, when her tomb was opened. 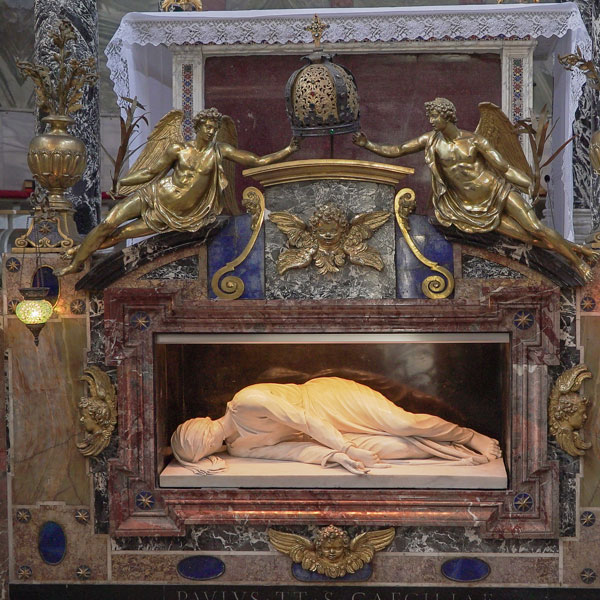