Sited along the Appian way, these catacombs were built around the end of the 2nd century, with some private Christian hypogea and a funeral area directly dependent on the Roman church which became the official one for the Roman Church. The arcades, where more than fifty martyrs and sixteen pontiffs are buried, form part of a complex graveyard that occupies fifteen hectares and is almost twenty km long. This catacomb’s most ancient parts are the crypt of Lucina, the region of the Popes and the region of Saint Cecilia, where some of the most sacred memories of the place are preserved including the crypt of the Popes, the crypt of Saint Cecilia, and the crypt of the Sacraments. 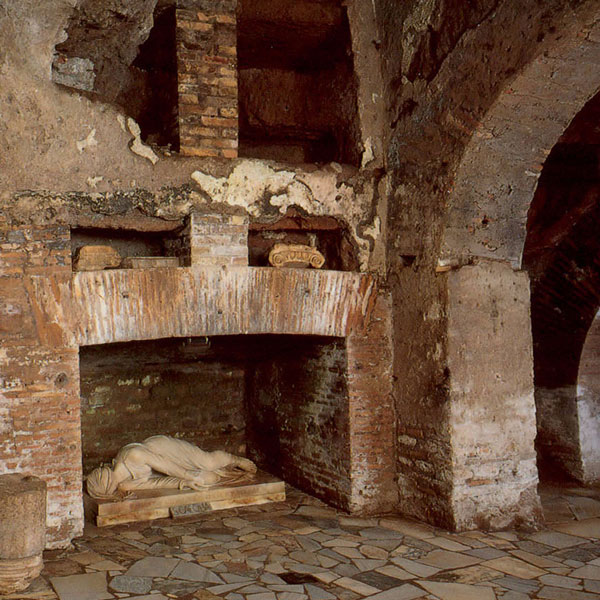