The Mausoleum of Hadrian is a towering cylindrical building, commissioned by the Roman Emperor as a mausoleum for himself and his family. The popes converted the structure into a castle, from the 14th century; Pope Nicholas III connected the castle to St. Peter’s Basilica by a covered fortified corridor called the Passetto di Borgo. The fortress was the refuge of Pope Clement VII from the siege of Charles V’s Landsknecht during the Sack of Rome (1527). Leo X built a chapel with a fine Madonna by Raffaello da Montelupo. Later Paul III built a rich apartment, to ensure that in any future siege the Pope had an appropriate place to stay. 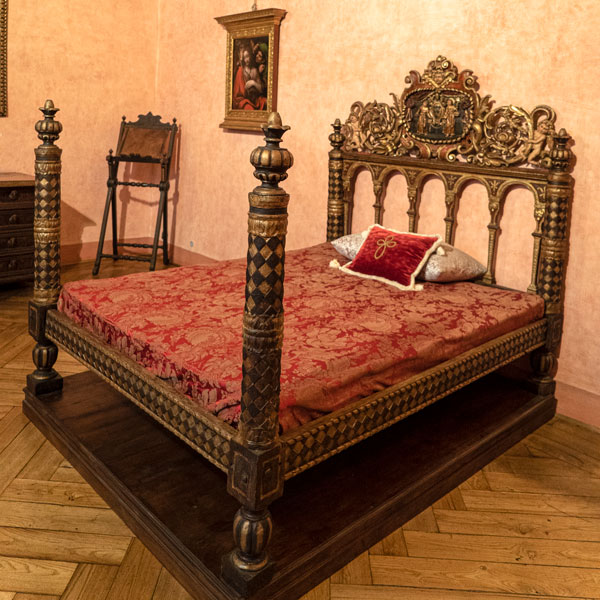