The birth and the development of this cemetery are linked with the martyrdom of the young Agnes during one of the christian persecutions of the third century probably those of Diocletian. In the fourth century Costanza, daughter of Constantine, erected a mausoleum on top of the cemetery which is a splendid example of late roman architecture with beautiful mosaics. Also the visit includes the Mausoleum of Saint Costanza and the Basilica of Saint Agnes. 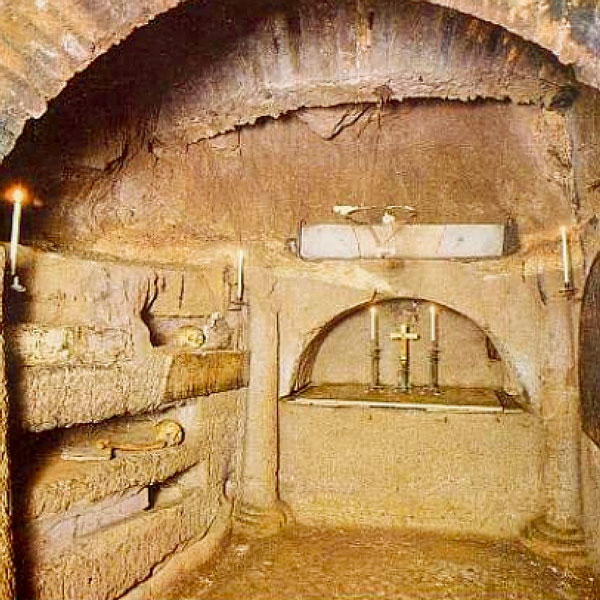