This tour to see the landscape of Rome where to find the tracks of the Roman splendor like the classic and spectacular residence of the great roman Emperor Hadrian, and where to find the sign of the richness of the Church with the splendid Villa of the cardinal Ippolito D’Este with its superb gardens. Located 20 miles east from Rome was a powerful center in pre-roman period as well as a preferred place for temples and villas in the republican and the imperial times. Hadrian’s villa of the second century A.D.with the Canopus monumental pool which evokes the Egyptian town of Canope’s famous Seraps temple; the baths, the small and the great, the Maritime theater a central building surrounded by a water channel and a porch. The villa D’Este designed by architect Pirro Ligorio in 1555 for the cardinal D’Este with the residence house decorated by frescoes and stucco works and the unforgettable gardens, really worth a visit, decorated by over 500 fountains of all shapes and designs.

Daily AM except Monday 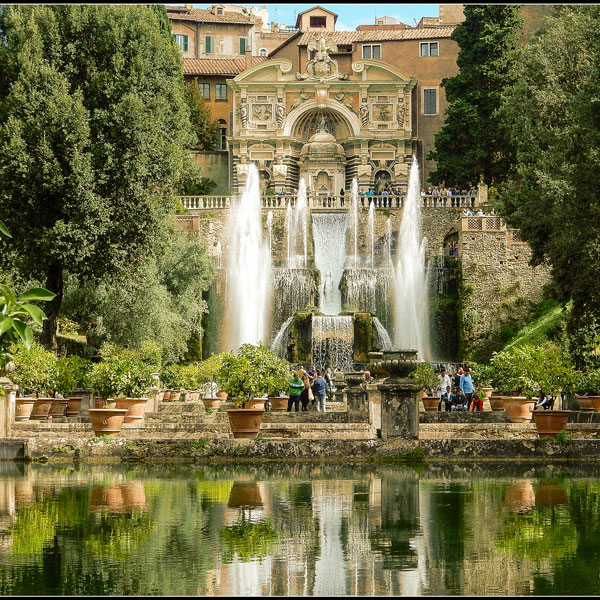 Yes the transportations is included. A Van will be at disposal

No dress code requested for this tour. The parts of the Villas you will visit are located outside.