The Palazzo has grown over the centuries; it is likely the largest in Rome still in private ownership. The large collection of paintings, furniture and statuary has been assembled since the 16th century by the Doria, Pamphilj, Landi and Aldobrandini families.The collection holds a large number of seventeenth-century masterpieces works by Caravaggio, Annibale Carracci, Guido Reni, Guercino, Jan Bruegel, Jusepe Ribera, Velázquez, Claude Lorrain, Gaspard Dughet, and important Renaissance pieces by Titian, Raphael, Garofalo, Lorenzo Lotto, Pieter Bruegel, Correggio, Parmigianino. There are also marble busts executed by Alessandro Algardi and Gian Lorenzo Bernini.

Closed on the 3rd Wednesday 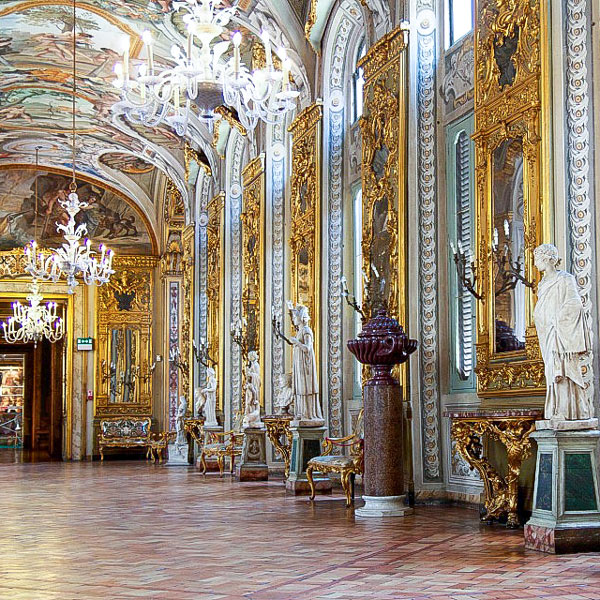