The Palazzo Corsini is a prominent late-baroque palace in Rome, erected for the Corsini family between 1730-1740 as an elaboration of the prior building on the site, a villa of the Riario family, based on designs of Ferdinando Fuga.The majority of the major works in the collection were gathered by the avid 17th century collector, the cardinal Neri Maria Corsini, and added to by other members and from collections of Pope Clement XII and his nephew. The collection encompasses the breadth of mainly Italian art from early-Renaissance to late-18th century. It has both religious and historical works, as well as landcapes and genre paintings. To be mentioned are: Caravaggio, Beato Angelico, Carlo Maratta, Guido Reni. 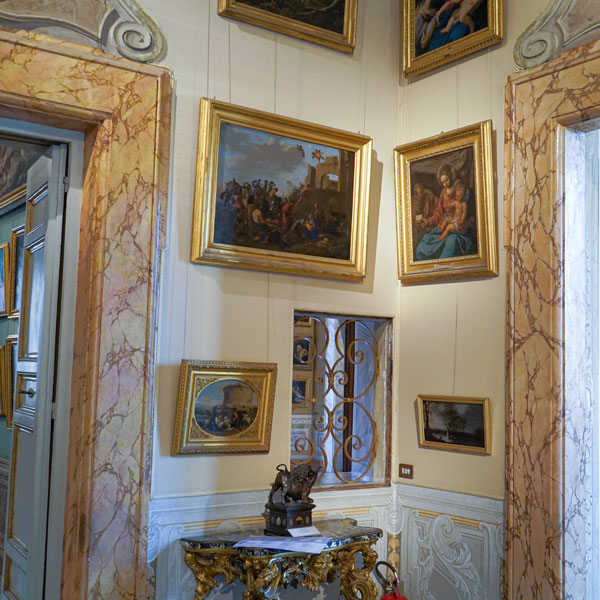