Church of the Gesù

Is the mother church of the Jesuits and served as model for innumerable Jesuit churches all over the world, especially in the Americas.The construction began in 1568 to Vignola’s design and was built according to the new requirements formulated during the Council of Trent. There is no narthex in which to linger: the visitor is projected immediately into the body of the church, a single nave without aisles, so that the congregation is assembled and attention is focused on the high altar.In place of aisles there are a series of identical interconnecting chapels behind arched openings, to which entrance is controlled by decorative balustrades with gates.The most striking feature of the interior decoration is the ceiling fresco is the grandiose Triumph of the Name of Jesus by Giovanni Battista Gaulli. Gaulli also frescoed the cupola. The imposing St. Ignatius Chapel is the churche’s masterpiece, designed by Andrea Pozzo houses the saint’s tomb. 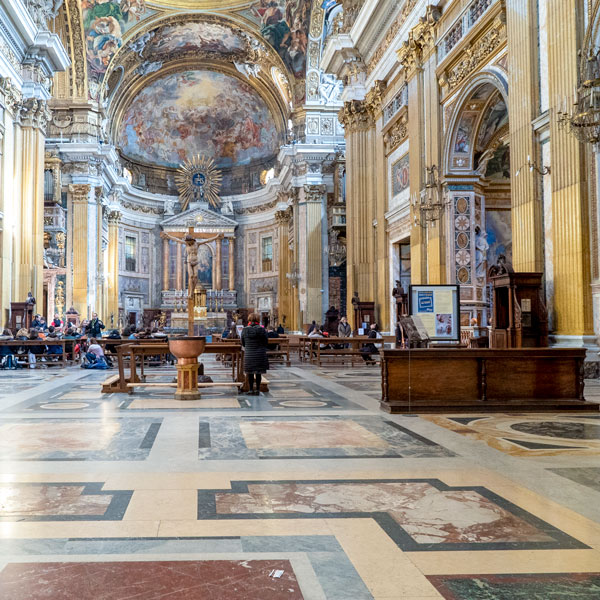