This tour to visit the city of the christian devotion and its evolution during the centuries with the legends, the traditions, the culture, the churches, the decorations, the statues, the objects of cult. Discover the basilica of S. Mary Major built in the fifth century A.D. with its splendid decorations of mosaics from the byzantine school as well as those of the thirteenth century one of the most beautiful churches in Rome. Enter the church of Saint Praxedes to admire the mosaics of Saint Zeno chapel and those of the apse of the time of pope Paschal II. Visit  S.John in Lateran built by Constantine, the first church of the history with an incredible main gate dated first century B.C. and the insides rearranged by Borromini in the seventeenth century. The Holy Steps, the staircase of Pilate’s palace in Jerusalem, brought to Rome per order of Saint Helen mother of Constantine, and finally proceed to the Baptistery of the IV C a masterpiece of the christian art.

Daily AM - Catacombs Thu Sat only 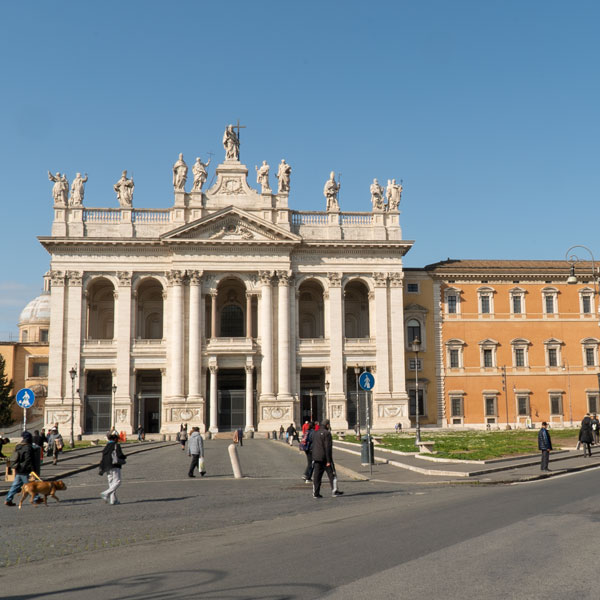 YES with this tour you will visit 3 churches where a dress code is requested: shoulders and legs must to be covered, for the legs down to the knees is fine.