Michelangelo Merisi da Caravaggio, (29 September 1571–18 July 1610) has left in Rome superb masterpieces. His intense realism together with a wise use of lighting has influenced the Baroque school of painting. He introduced a combination of naturalism with a theatrical, use of the Chiaroscuro, which fixed, like in a frame, the subject. After been forgotten almost immediately after his death, has been rediscovered in the 20th century and is considered one of the most important artist of western art.

The calling of St. Matthew

The Conversion on the way to Damascus

The Crucifixion of St. Peter

The Entombment of Christ

Madonna of the Pilgrims 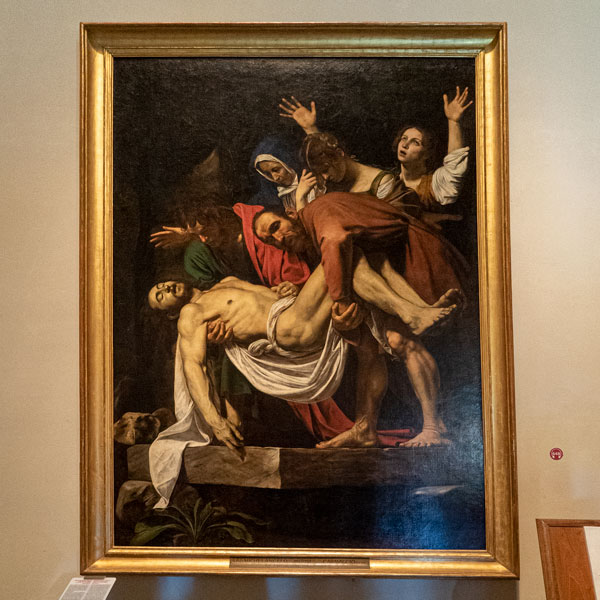