On top of the famous Capitoline Hill are contained in three palazzi surrounding a central trapezoidal piazza in a plan conceived by Michelangelo in 1536. Palazzo Nuovo houses items from the Roman times among which are: the marble statue of the “Dying Gaul”, the statue of Capitoline Venus, from an original by Praxiteles (4th century BC), the mosaic of the Doves and Marc Aurel’s equestrian statue. Palazzo dei Conservatori with the bronze she-wolf nursing Romulus and Remus, the colossal statue of Constantine, the Capitoline Art Gallery featuring artists like Caravaggio, Guercino, Reni, Rubens, Pietro da Cortona, van Wittel Van Dyck and Velázquez. 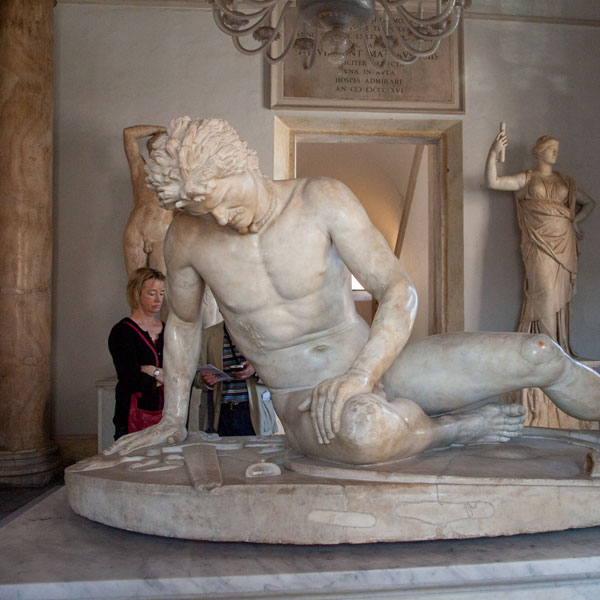